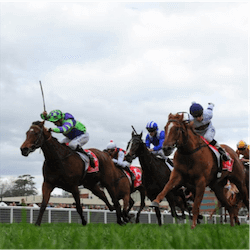 Catchy, the filly from the famed Lindsey Park stable is set for a first up run at the Quezette Stakes on the 19th. She is a former Group One Blue Diamond winner and a strong contender for the 1100m race.

Catchy will remain in Melbourne for now, pending her performance results this Spring. She could potentially change from her Thousand Guineas course to aim for the Caulfield Guineas to compete with the geldings and colts there.

The Debut Of Kiwi Seannie

Punters will also see a fresh filly face at the Quezette stakes. Seannie is making her debut in Group 3 of the Quezette. She is co owned by New Zealand duo Trent Busuttin and Natalie Young. The idea is to train Seannie up for a Group 1 Thousand Guineas performance in October.

So far the filly has had two great starts for her previous owner, Simon Miller and she also managed to get in a dominant win at the Listed Supremacy Stakes at Ascot.

Crown Witness, trained by Stuart Webb will be making a run at the Quezette Stakes as well. So far the filly has somehow managed to maintain an unbeaten record, confirmed powerfully last weekend when she claimed the Winter Lodge Handicap in Flemington, bagging a cool $120 000.

She has proven herself on the short course, which is why Webb is eyeing to send her to the Quezette, but at the same time the trainer has higher hopes. He is hoping to test her on 1200m and 1400m courses after seeing signs that the horse may be wanting a tougher challenge.

Her jockey, Ben Thompson however believes she still has a lot of natural improvements she can make before the team push her to more taxing races. Crown Witness was bred to be a short range sprinter but her recent success has convinced Webb that she could have even more potential in more taxing races.

Lee Freedman has brought another legend to the field with the so far unbeaten filly, Shoals. Shoals was sired by Fastnet Rock and won her last race at Randwick when she took the Percy Sykes Stakes on a wet track.

Depending on how she trials in Flemington, she will be heading to the Quezette stakes, but Lee may wait another week if she isn’t on form yet. Freedman also feels that Shoals is strong enough to take on 1400m and even 1600m races, but he will focus on the short course wins first. If you think you’d be backing a winner by betting on Shoals get your wagers in online at Sportsbet.