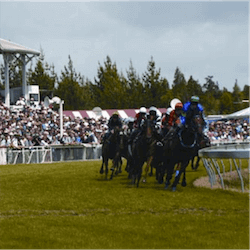 One of the biggest Australian race meets has met some tough criticism and unwarranted delays thanks to new liquor licence laws. The requirements of the new laws have to be met before any liquor licences can be granted.

Kumara Racing Club had to address these requirements before they could host their event.

Part of the new legislation is increased security at events to maintain safety and order.

This has meant that organisers have had to increase the number of onsite security staff from the usual 5 to a massive 22 man team.

This increase of staff has had a direct on ticket prices, with the price per ticket jumping from $10 to $15.

When the racing club approached the Council to apply for their event in October, they were confronted by various new laws and requirements for an event to serve alcohol.

The club originally considered adding Alco free areas to cater to families and non-drinkers but they were told that they must first increase security at the event.

They also could not advertise that attendees could bring their own alcohol.

Luckily the racing club has been told that their licences were granted, 10 days just before the event, which is one of the biggest racing events held on the West Coast.

Another problem with regards to the security staff is that due to the small population of Kumara, they had to hire the majority staff from outside the town, adding to the costs of holding the event.

Kumara is facing a lot of trouble with regards to developing the community and the local economy. The town recently had an economic boost when Kumara was added to the West Coast Wilderness Trail.

Kumara Racing committee member, Les Guenole said that the security staff mostly played a role in protecting the tote. The event was always very peaceful. The trouble that the event had to go through to secure a liquor licence could have serious detrimental effects on other large events that people are planning for the area.

He went on to use the Wildfood festival as an example. The festival has seen significant drop ion attendees.

The Mayor of Kumara, Bruce Smith also went on record to say that the hoops the organisers had to go through were unrealistic and a lot of undue pressure and requirements were placed on the organisers.