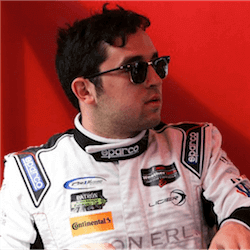 Jose Gutierrez, the Mexican WeatherTech championship driver is all set to take on his very first 24 Hours of Le Mans in June. He will be joining G-Drive Racing by DragonSpeed who picked up the 20-year-old as part of their elite team of drivers. Along with fellow Mexican Memo Rojas, Gutierrez will be racing the team’s No. 22 ORECA 07 Gibson while Toyota Gazoo takes on the LMP1 and reserve driver Ryo Hirakawa in the LMP2 Field.

Jose Gutierrez has earned his stripes racing in the Prototype Challenge and Prototype categories in the IMSA’s WeatherTech series. He has also been involved with PR1/Mathiasen Motorsports, behind the wheel of the Liger JS P217 at Sebring, COTA and Daytona. Speaking to the press, Gutierrez said that it was a dream come true to be able to race in the 24 hours of Le Mans. He feels incredibly fortunate to be able to race on a track with so much history.

This is a one in a lifetime opportunity for the youngster who said he had no words to describe his feelings. However, Gutierrez was quick to acknowledge his team, DragonSpeed. He told the press that the team have a great car and a lot of experience with Memo Rojas and Ryo Hirakawa in the mix. He ended off by saying that he and his team will do their best to show the world their potential and achieve good results.

This will be the first 24 Hours of Le Mans for the American DragonSpeed outfit. They will be taking two cars through to the French endurance race. The second, No. 21 will feature European Le Mans series drivers Hendrik Hedman, Ben Hanley as well as newcomer Felix Rosenqvist. DrangonSpeed team principal, Elton Julian said that it was great for the team to have Jose Gutierrez on board.

Over the past few years, he has shown that he has what it takes to compete with some of the best drivers in the IMSA. According to Julian, Gutierrez will feel right at home with Ryo and Memo. It will also give the team a good chance at winning the class. The 85th 24 Hours of Le Mans is set to take place from the 17th-18th of June.