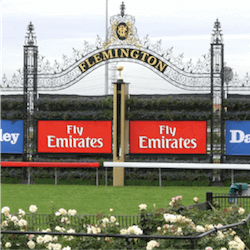 June 10th is the date set for this year’s June Raceday event at Flemington. This prestigious 9 race event plays a key role in deciding the VCR-CRV Winter Championships and the All Victorian Sprint Series.

These two events are cornerstones of the 2017 off season. The 9 scheduled races feature heat 5 of the VRC-CRV Winter Championships and heat 6 of the All Victorian Sprint Series.

This year the Victoria Racing Club also unveiled their plans for the revamping of Flemington with a Lobby and Lounge, Lawn Bar, Paddock Bar, Courtyard Bar, Betting Ring and Owner and Trainer Area.

This new Club Stand will cost $128 million, but is set to invigorate the Flemington Race course and provide exceptional future racing opportunities.

One of the main upgrades to the venue will be the new Betting Ring which will feature protective canopies, Wi-Fi, audio visual features and more to ensure bettors are well provided for and have access to all the required amenities.

Victoria Race Club chief executive Simon Love believes that Flemington will set a new benchmark in design that will enhance the experience for every racing fan. At this point in time the venue is set to be completed in time for the 2018 Melbourne Cup Carnival. The entire Flemington upgrade will cost $135 million.

The Flemington Race Course is one of the most recognisable courses in the sport. It started out as the Melbourne Racecourse and was founded in 1840. It is one of the oldest racecourses in Australia and it will come as no surprise one of the best loved.

The planned upgrades to the venue will do much to keep the Flemington Race course on the cutting edge of racing by making itself the premiere-racing venue.

The racing events for the June Raceday start with the 1100m Super Vobis. It features no sex restrictions but does have handicaps and a 2 year old age threshold in play.

The second event of the day is the 1000m Super Vobis Handicap with a 3 year old age limit. The record time on this track was set by the already legendary Black Caviar in 2013.

These are just two of the race day highlights at the June Raceday. It is set to be another great opportunity for fans and bettors alike.