The Latest On The Flemington Finals Race Day 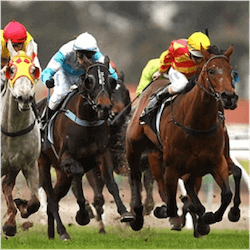 For punters and racing enthusiasts, the Flemington Finals Race Day is the ideal opportunity to catch up some betting action. Held on the 8th of July, the prestigious event brings together quality gallopers from all over the country to compete in a range of divisions and distances. Finals Race Day is the showpiece of winter racing and features a full card of nine exciting races.

Flemington Racecourse with its sweeping views and ideal track will play host to the finals of 9 separate race series. This includes a number of listed races such as the final of the $152,000 VRC/CRV Winter Championship, the final of the Victorian Sprint Series, the A.R Creswick Series Final and the final of the Taj Rossi Series.

While punters can look forward to brilliant racing action to come, last year, Flemington was the scene of huge wins and a few upsets. In the 2016 VRC-CRV Winter Championship Series Final, Robert Smerdon trained Iggimacool placed first in front of a fantastic field with jockey Dwayne Dunn in the saddle. Sitting at odds of $6.50, Iggimacool raced home ahead of second place Petrology who was sitting at huge odds of $41. Making up the trifecta was Mick Price trained Onpicalo who stared at odds of $15. The race favourite, Kenjorwood placed forth with starting odds of $4.80.

In the Victorian Sprint Series Final, Darren Weir trained Voodoo Lad was the favourite going into the race at odds of $1.95. However, it was New Zealand runner Ruettiger trained by Lee & Anthony Freedman who picked up the win. Ruettiger raced home just 0.2 lengths ahead of Voodoo Lad to claim victory with Reldas ($14) in third and Rich Jack ($10) in fourth.

The Taj Ross Series Final was the least upsetting race of the day. John O’Shea’s Trenchant was pipped to be the favourite for the race and was given the shortest odds at $2.50. There were no surprises though as Trenchant beat out the competition to win by 0.1 of a length. Mark Young trained Futura picked up second place with starting odds of $12 while David Hayes & Tom Dabernig’s All Out Of Love came home in third after starting with odds of $21. While they did manage to pick up a placing, the pair had an equally disappointing race with $6.00 Fast N Rolling coming home in 6th.