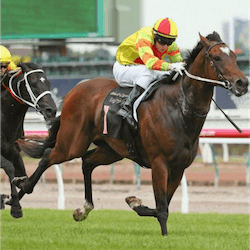 Black Caviar, The Great Horse Raceday, to be held for the first time at Flemington during February’s Lightning Stakes Week, has a threefold aim. It demonstrates Victoria Racing Club’s commitment to Melbourne’s ethnic and cultural diversity, it acknowledges and honours the growing number of punters of Asian ancestry enjoying the fun at Flemington, and last but certainly not least, it celebrates a legendary great horse.

After champion mare Black Caviar took the Lightning Stakes hat-trick in 2011, 2012 and 2013, the race was renamed the Black Caviar Lightning Stakes in her honour. It remains Australia’s most exciting sprint, in the opinion of many New Zealand online betting enthusiasts: a 1,000m flat-out charge down the Flemington straight, for a purse of $750,000.

The Group 1 weight-for-age handicap is the first of two Australian legs in the annual Global Sprint Challenge, and also the first race in Australia’s Group 1 Autumn Sprint Carnival, which continues with the famed Newmarket Handicap at Flemington in March, and concludes with April’s TJ Smith Stakes in Sydney. Between them, they represent a golden opportunity to determine Australia’s best thoroughbred sprinters each year, while giving the international online sports betting community plenty of action to wager on.

Some Early Nominees to Consider

It is too early to know the 2017 Lightning Stakes field with any certainty, but indications are that the 2016 winner, 6-year-old gelding Chautauqua, is set to defend all three of the sprint crowns he took last year. After the Flemington race, he is booked for the TJ Smith Stakes at Randwick in March, and the Chairman’s Sprint Prize in Hong Kong in May.

If Chatauqua stays in the Lightning Stakes field, he should be among the favourites. But he could see a strong challenge from Flying Artie, the colt that took two big wins in October. Trainer Mick Price believes the 3-year-old can take the Sprint Carnival treble, winning the Lightning Stakes, the Newmarket Handicap and the TJ Smith Stakes this year.