A Look At The Final Field For The Warwick Stakes 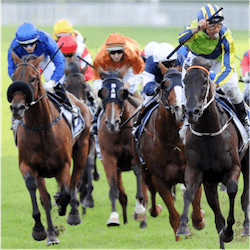 Despite extending nominations for Saturday’s Group 2 Warwick Stakes, it seems Winx will be facing off against just seven runners in the $250,000 feature race. In an effort to boost the field, Racing Australia extended nominations for the race until 11am on Tuesday this week. The aim was to try and fill up a field that can handle 16 acceptors with four emergencies.

Originally, 10 horses were nominated to take on Winx, but the presence of last year’s winner scared off many stables. Aiming for her 18th straight win, Winx is the undisputed favourite for the race will be running with two other stablemates in the form of Foxplay and Antonio Giuseppe. Trainer Chris Waller and his three horses make up over a third of the field this year.

In 2016, Winx beat out six rivals including Hartnell to win the Warwick Stakes. At the time she was starting at $1.24. This year she started out at $2.00 but has since dropped down to 1.08 when the field shrunk to just eight runners. It seems, the trainers, the punters and just about everyone in the know is convinced Winx will claim her 18th title.

If you are looking for another horse to back, you might want to consider Foxplay. At odds of $17.00 Foxplay is the next in line if Winx has a bad day at the track. Rated as the third-best Australian mare, Foxplay proved her worth winning the Coolmore Legacy against a field of older horses. She did well in the trials and is in peak condition for the race.

With just seven runners, anything can happen in the race and it might just be worth taking a punt on the long-shot. This year, that honour goes to Allergic who comes in at odds of $151. A more reasonable bet might be Harper’s Choice at $26.00 who could possible pull off a win in the right circumstances.