Lowndes To Prove At Red Rooster 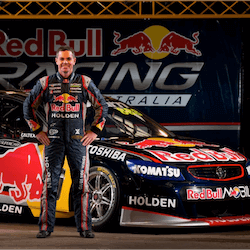 Taking place between the 18th and 20th August, the Red Rooster SuperSprint is the next major event on the Supercars calendar.  Craig Lowndes is definitely ready to impress at the event after his miraculous climb up the rankings, following his great performance at Queensland Raceway.

The Red Rooster will however be the test for Lowndes to show that he is truly getting back into form. Lowndes has had a fantastic record in Queensland as he is quite familiar with the track. With the assistance of engineer John McGregor they managed to find a balance between car, track and driver that definitely helped with Lowndes gaining the ground he so needed after a season of back of the race starts.

The qualified racer does not have anything to prove, but it would be great to see Lowndes work his way back into the top 5 and the Red Rooster may well be the venue to show whether he is serious this season or not.

Following a series of regrettable near crashes, Garth Tander has made a call to split qualifying sessions in two to make these runs safer on the shorter circuits.

At Barbagallo Shane Gisbergen nearly crashed when he had to turn onto the grass top avoid slower vehicles on the course for example. When drivers and engineers were polled they seemed split on whether or not the qualifying system should be changed, but it definitely seems that there is much risk attached at the moment.

Graeme Hanger, the mayor of Bathurst has announced that there will be a $10 million investment into constructing a second track at the Mount Panorama course. This second track will be a 4.5km stretch to compliment the current 6.2km course. The development project will also include the construction of the Velocity Park business hub.

The $10 million granted by the regional government will be further complimented by a $15 million New South Wales grant. So far $35 million of the projected $52 million budget has been raised. James Warburton, Supercars CEO has already stated that he is very interested in scheduling a SuperSprint round on the new track as soon as it is completed.

The current racer standings as we head towards the Red Rooster SuperSprint.

You can bet on who will take the lead at Crownbet, and see if you can predict a winner.