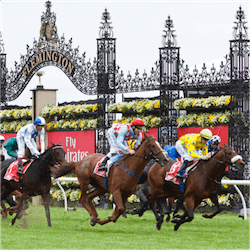 The Melbourne Spring Racing Carnival is a reinvigorated racing event designed to be more complimentary to the other racing events throughout the year.

Racing NSW and the ATC have been working together to offer fans a much more well rounded yet intriguing racing experience that culminates in the Everest Day racing event. The Spring Carnival is set to run for a month until October 14th. The Group 1 racing event will feature an additional $1.73 Million in prize money adding even more prestige to an already much lauded event.

Darren Pearce from the ATC stated that they designed the renovations to the Spring Carnival to offer fans a better flow through the year, since the Melbourne event is sandwiched between the Cox Cup and the Caulfield Cup. They are not aiming to compete with these events but rather to work with them in the context of the year’s most prestigious racing events.

There have been 18 Major race changes that will be implemented for the event. These include 6 major races being moved to the 14th of October to bolster the Everest Day line-up. The Everest Day is a $10 million invitational that the organisers want to build the event around.

Many fans have rejoiced at the announcement of the resurrection of the St Leger which had its start in 1841. It is now rebranded as the ATC St Leger. It started out as a 3 and 4 year old staying race but has been modified to a  2600m course, down from 2800m. It features set weights and penalties with a healthy prize purse of $500 000.

Criticisms Of The New Event

There has been some criticism directed at the race however. It is held a week before the Caulfield Cup, which has ruffled some feathers.

The winners may well not be eligible for any penalties going into the Melbourne Cup and horses that come in out of the Turnbull Stakes or any WFA races will not be handicapped which is fine for the top tier horses but the bottom ranks will have a tough time competing without the weight penalties.

That said, fans, trainers and owners are all very excited at further developments to come for this reinvigorated race event. If you’d like to bet on the races online, take a look at what Crownbet has to offer.