Must See Racing Action In March 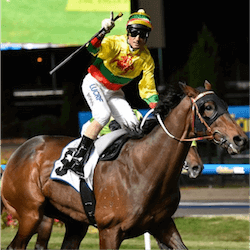 The Stakes Are High for William Reed

The William Reed Stakes is to be held as per usual at the Moonee Valley Racing Club this year. The Group 1 thoroughbred event is a Weight for Age race for 3-year-old and older horses to compete in and is run over a 1200m race course. It is set to be run on Friday the 24th of March 2017 and is run under lights. This event will mark the end of the Melbourne Autumn Racing Carnival and is expected to attract a small selection of contenders.

Prize money for this event is expected to be in the region of $500,000 and was won last year by Flamberge. This chestnut Gelding soared to a comfortable victory in 2016 and would be a welcome addition to the event. The race was run as the Australian Stakes from 1996 up until 2010 when it reverted back to its original name. This is a good event and is generally known as an attraction for high end, weight-for-age sprinters that have come out of the year’s earlier events.

Perhaps the most successful sprinter was Manikato who won the race a staggering 5 times in a row from 1979 – 1983. So impressive was this feat that the GR1 Manikato Stakes are named in the honour of this legendary horse.

A look At The Race

The 1200m William Reid Stakes are run around the Moonee Valley track and is seen to have quite a tight turn which means that those that enter should be adept under these limited race conditions. Seldom does this race see more than 10 starters so the usual barrier considerations are less impactful during the running.

Some previous winners include Black Caviar in 2011, Foxwedge in 2012, Black Caviar again in 2013, Spirit of Boom in 2014 and Lucky Hustler in 2015. With such big names having come through previously it is easy to see why attaining a win in this Group 1 event is such an accomplishment.