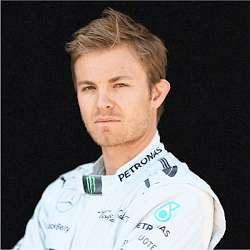 In a move that shocked the racing world, Nico Rosberg has announced that he is quitting Formula One a mere 5 days after winning his first ever World Title. The World Champion announced that he will be retiring with immediate effect and that he made his decision the Monday after he’d sealed his season win. It took him only 24 hours to decide to call it quits and has said that he felt that he’d climbed his mountain and was on the peak, so the timing felt right.

Rosberg had won 9 of the seasons’ 21 Grand Prix’s and beat his Mercedes teammate and rival Lewis Hamilton by only 5 points to clinch the title of World Champion. In his last race in Abu Dhabi the 31-year-old German came in second, and was ironically beaten by Hamilton, but when it came to the podium Hamilton may have won the race, but Rosberg had taken the season.

A Long Wait for a Win

Rosberg had waited a long time for his maiden title, and it took him 25 years to get to the top. His wait for the title was the second longest in F1 history and he said that, for him, this was a lifelong dream come true. After his win he stated that all his hard work and sacrifices had finally paid off and he’d made it, and that taking home the World Championship title was the one thing he’d always aimed for.

Rosberg is the son of Keke, the Finnish 1982 Wold Champion so its clear that racing has always been in his blood and he made his debut for William’s in Bahrain in 2006. It was clear from his first race he was destined for great things and he finished seventh, surprising seasoned drivers with his focus and tenacity on the track. In his carer Rosberg raced in a total of 206 Grand Prix’s and had podium finishes 57 times.

On hearing of his teammates decision to quit, Hamilton said that it would be strange and rather sad not to have hi on the team in the next year, but that he understood as F1 takes so much from you. Hamilton had beaten Rosberg to the World Championship title in the last two seasons, and clearly has a lot of his respect for his fellow competitor.

Toto Wolff, the Mercedes team boss said that Rosberg’s decision to quit took him completely by surprise. He said that it was a brave decision and that it was a true testament to the German’s strength of character, and that he’d accepted his decision straight away.

With a World Championship title under his belt and an impressive career that he bowed out of at its peak, Rosberg can now focus on family and his young daughter, something he had been saying he’d wanted to do for a while.