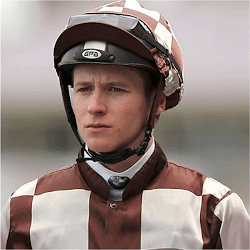 Rumour has it that Kiwi jockey James McDonald’s contact with international racing giant Godolphin, owned by Sheikh Mohammed bin Rashid Al Maktoum, was worth nearly seven figures a year. If that’s the case, it makes him one of the highest earners among all the New Zealand expats plying their sporting trades in Australia.

Sadly, that contract also included zero tolerance for breaches of the racing rules, so McDonald was released from it the moment he was found to have contravened the prohibition on betting by a jockey. The offence also earned him an 18-month ban from the sport, meaning he will miss the 2017 spring racing carnival and the next two autumn carnivals as well: he’ll only be eligible to ride again on May 15, 2018.

McDonald was penalised for a bet of A$1,000 (around NZ$1,044), which netted him just NZ$4,100, on his debut race on Godolphin colt Astern last year. It was part of a group bet placed by Anthony Gardiner, a punter famed in Sydney racing circles, which netted a total of NZ$131,000.

An investigation by stewards, in collaboration with the Australian Criminal Intelligence Commission, was intensified after McDonald was seen acknowledging Gardiner before the Tramway Stakes on September 03. Over several of Australia’s biggest races like the Golden Rose and Golden Slipper, the inquiry heard, Gardiner had placed bets totalling nearly A$1-million on Astern, one of Australia’s most valuable three-year-olds.

McDonald has acknowledged that he did wrong and taken responsibility for breaking the rules. But he and his legal counsel believe the length of the ban is too harsh, given the size of the bet, his remorse that saw him donate the winnings to a children’s charity, and the fact that it’s his first offence. He plans to appeal the ban, hoping to get it reduced.

Although his contract with Godolphin is over, the racing empire has said it will continue to support him through his suspension. Hardly surprising, considering McDonald won them a total of almost A$15-million in prize money in 2016. So perhaps the ban will be more of a hiccup than a train-smash in his career; especially if he gets his suspension shortened on appeal.