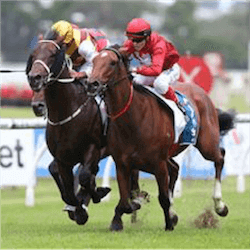 The Doomben Cup has been an annual event for the Brisbane Racing club for 34 years now.

Starting in 1933, this 2000m weight-for-age race has not been won by a Brisbane horse since 1983 when a local legend, Don Cleal took his horse, Lord Seaman to the winners circle.

Now another local trainer, Desleigh Forster is determined to change that. She will be taking part in the upcoming Doomben Cup with jockey Jim Byrne.

The veteran has worked with Desleigh before. He rode Redzel in the past week’s Doomben 10 000, taking home a first place position at the group 1 event.

Now he will be riding Redzel’s stable mate, Cylinder Beach.

Cylinder Beach recently won the Toowoomba Cup but it finished a disappointing 7th place at the Hollindale Stakes.

Jockey Opie Basson who lost to Redzel and Byrne on the horse Counterattack will again be appearing at the Doomben Cup but this time on Sound Proposition.

The Horse is owned and trained by Kiwi duo, Lance O’Sullivan and Andrew Scott.

Despite this, both Forster and Byrne are hopeful for the Doomben Cup.

They feel there is a shortage of horses that can accurately represent Brisbane in Group 1 races and Cylinder Beach has the potential to do them proud.

Facing The Reliable Its Somewhat

They are facing quite stiff competition however as the powerful, It’s Somewhat will again be featuring in the race. It’s Somewhat is the horse that took the Hollindale Stakes and is currently the favourite for the Doomben Cup.

The team will also have to contend with the always-strong Darren Weir stable. Weir is looking to fly over Articus after another two of his horses developed sickness from the road travel and they had to sit out the Doomben 10 000.

Jim Byrne could also break a record if things go to plan at the Doomben Cup.

If he snatches a victory on Cylinder Beach, he will be one of only two other jockeys to take two Doomben victories in the last 50 years.

The other two jockeys are Kerrin McEvoy in 2016 and the unforgettable Graham Cook in 1975.

With the Cup looming ever closer and closer, the adrenaline must be running high for the trainers. As always there is a stiff competition at the Cup with very powerful competitors and very competent trainers.