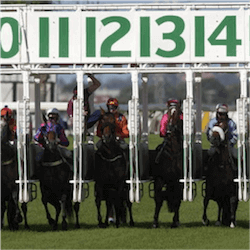 Anticipation Builds for The Doomben 10000

The Doomben 10000 is a Group 1 thoroughbred horse race held under weight-for-age conditions. It is Queensland’s main Group 1 sprint of year and is held at the Doomben racecourse in Brisbane Australia on the 13th of May 2017. Raced over a distance to 1350 meters, the race officially changed its name to the Doomben 10 000 when it offered a total prize of ₤10,000, which at the time made it Australia’s richest horse race.

Today the Doomben offers a total prize money of $750,000. The 2016 Doomben 10000 was run on the 28th of May with Music Magnate taking the honours. All of the past winners have been outstanding sprinters including Hot Danish who won it in 2010 as well as Apache Cat in 2009 and Takeover Target in 2007.  In 1946, Bernborough won the race under 65.5kg before going on to win the Doomben Cup one week later.

Because of the larger than normal field and the way the track is designed, barriers play an important role in how a horse will fare. If we take a look at how the favourites have fared over the past few years we can see that in the last decade 3 out of 10 winners have been favourites with an average price of around $3.46. It also has to be noted that in that same time, 3 out of 10 favourites failed to place and were sitting at odds of around $4.25.

If we look back to 1983, a total of 11 winners have won with odds in the double figures. The average odds for these winners were around $18.64. Last Year, Music Magnate charged down the Doomben course to give New Zealand trainer Bjorn Baker his first Group 1 win in Australia. If we take the last ten years as a guide, we can see that the key leadup race to the Doomben 10000 is if the 1200 meter BTC Cup, which is run two weeks before.

In total, 4 winners from the BTC cup have placed in the Doomben while only Apache Cat and Sea Siren managed the double in 2008 and 2012 respectively. In most cases, three-year-olds do better late in the season under weight-for-age conditions. However, at the Doomben, only two three-year-olds have won in the last 12 years including Sea Siren in 2012 as well as Epaulette in 2013. In the last decade, one a single four-year-old has won the race, this being Undue in 2006.