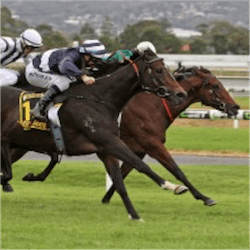 The 2000m Group 1 event is South Australia’s premier stayers’ race for 3-year-old fillies, with a field limited to 16 and a purse of $400,000. Apart from being worth a punt in its own right, the race is also a proving ground for the great distance mares of the future, so it draws a lot of racing enthusiasts with an eye for the long game.

The 1200m Robert Sangster Stakes, the other Group 1 race on the Morphettville card on 6 May, is being run under sponsorship as the Ubet Classic, with a bump in the purse that makes it South Australia’s first million-dollar race. Overall, the prizes on Schweppes Australasian Oaks Day now total $2,775,000, so both Group 1 races are set to attract strong fields.

Some Ante-Post Odds that Look Promising

There are still 36 horse listed on ante-post betting sites in the nominations for the 2017 Schweppes Australasian Oaks, so New Zealand punters will want to wait until the field is finalised before they place any big bets. But there are some horses that should definitely make the final field, so a riskier early bet at good odds could pay off.

Kenedna, trained by Darren Weir and part-owned by Darren Weir Racing, has just won her first two starts at Morphettville, over 1600m and 1800m. This brings her career record to five wins in 12 starts, and as she’s only finished out of the places three times, she is currently the $3.50 favourite for the Oaks.

But Danny O’Brien’s Toffee Nose is at $6.00, and her win over 2000m at Caulfield last week, against older horses, shows that she can handle the distance. Chris Waller-trained Egg Tart is also being offered at $6.00, after her promising second place in her first anti-clockwise race at Flemington on 25 April, which bodes well for Morphettville.

New Zealand filly Savvy Dreams is at $10.00 for the Oaks, but after a disappointing 10th place in her first race at Morphettville last week, punters may be thinking twice.