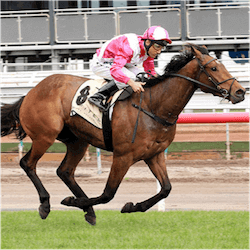 The Group 2 WAROA Lee-Steere Stakes proved to be an exciting event with Silverstream ($5) storming home to claim the 1400m Ascot race. Proving she has what it takes to win the upcoming Group 1 Railway Stakes, Silverstream came from the back of the pack to beat out front-runner Great Shot ($12) by a head while race favourite Scales of Justice ($1.50) came in a disappointing third. The tight four finish was concluded with Salubrious ($19) who came in half a length behind Scales of Justice.

Scales of Justice ran a hard race on the outside, battling it out with Great Shot for most of the home straight. His inability to finish strong was of concern to trainer Lindsey Smith who said post-race that perhaps she had been soft on him after his return home from Melbourne. Meanwhile Silverstream claimed back to back feature wins, with the mare also taking first position at the Group 3 Northerly stakes. Going forward, the Adam Durant trained-mare is certainly one of the leading contenders for the upcoming $1 million Railway Stakes.

According to Jockey, William Pike, it was the small field at the Lee-Steere Stakes that worked in her favour. Speaking to the press, he said that he was half confident of his chances and he knew the line was coming up quick. Pike, a champion jockey also won the opening race on Truly Belong as well as the listed Ascot Gold Cup on Gatting. According to Drainer Darren McAuliffe, it would be expected that Pike would be in the Railway Stakes by now.

Money Maher and Roganella up for Contention at the WA Guineas

In the Listed Fairetha Stakes, it was Money Maher who took a comfortable win, becoming a strong contender for the Group 2 WA Guineas. Languishing at the back of pack, Money Maher ($14) was steered to the outside at the top of the straight and launched a hard sprint to win by two lengths. Second place went to Achernar Star ($3.50) while Reykjavik ($21) came in third and race favourite, Arcadia Prince ($2.50) came in fourth.

Money Maher will join Roganella at the Guineas after he pulled off an incredible victory at the Express Interior Design Handicap. Running as the race favourite ($1.90), Roganella settled into third before the straight. Seeing a gap, jockey Chris Parnham burst clear and loped down the straight to give Roganella the win by 3¼ lengths.