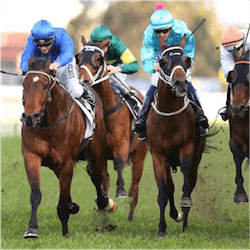 Saturday sees the running of the San Dominican Stakes and the Ming Dynasty Quality Handicap at Rosehill Gardens Racecourse on Saturday. These two races form part of the annual Spring Carnival. These events are Group 3 Thoroughbred races with $150 000 in prize money at stake.

Despite finishing in 11th place in his last race as well as drawing the outside barrier, Pariah is the clear favourite this weekend at the San Domenico Stakes. This will be his first return to racing since March and expectations are high that he has again regained his form. Pariah has looked great in its two barrier trials.

Jorda will be an outsider to watch though. She won her only race when this year’s season started. This will be her second race and she looked strong in her trials and has drawn a favourable starting position at barrier 2. She also has the benefit of talented jockey Glyn Schofield.

The Ming Dynasty Quality features the deadly Addictive Nature. He will want to make up for his last race where he was left in the dust by Queensland colt Shogun Sun.  His closest rivals look to be Assimilate and Hypnotist from Team Snowden.

So far these horses have been undefeated but this will be their first race at group level. Assimilate took the Kembla Grange Maiden and a win at the Randwick Handicap. Hypnotist on the other hand has two wins at Beaumont and a win at the Canterbury Handicap.

Astoria makes a welcome run for James Cummings. The horse will once again be paired with jockey Tye Angland who rode Astoria to victory at the Warwick Farm Handicap. Cummings is hoping the pair’s relationship will give them the edge they need.