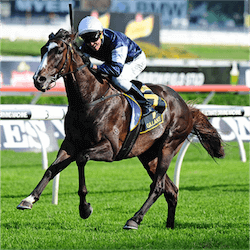 Online betting enthusiasts have a 10-race card to choose from, but the heaviest betting is probably going to be on Race 8, the Schweppes Sydney Cup. An open handicap for 3-year-olds and older run over 3200m, the Sydney Cup’s $2-million purse has attracted a field of 14.

The clear favourite in current Sydney Cup betting is Big Duke at $2.60, but the Irish gelding will have to fight off several contenders. These include Ireland’s Assign at $7.00 and New Zealand’s Who Shot The Barman, who is at $7.50 depite being assigned the top weight of 57kg.

America’s Penglai Pavilion is well fancied for the Sydney Cup too, at $10.00, but this may be because the US gelding is carrying the bottom weight of 52kg. So is Irish 6-year-old Kinema, and he may prove a more rewarding outsider at $41.00.

Because of the variety of potential winners in the betting options, the Sydney Cup is probably going to provide the most exciting action on Saturday. But what makes the day a premier social occasion is the Group 1 name race: the 2000m Longines Queen Elizabeth Stakes, a  weight-for-age handicap also open to 3-year-olds and older.

With this year marking the 25th anniversary of Queen Elizabeth II conferring “royal” status on the iconic Sydney racecourse, Royal Randwick has a lot to celebrate on Queen Elizabeth Stakes Day. The $4-million purse, combined with this year’s field of just nine, would usually make the name race the focus of the day’s action, but this year may be different.

Punters and bookies alike seem convinced that the mare Winx is going to be unbeatable. This is not surprising: she has 20 wins from 26 starts, the last 16 of them in unbroken succession, and there isn’t another horse in the field with anything approaching those stats.

The 5-year-old champion is being offered at $1.10 and below, with no other horse in the Queen Elizabeth Stakes below $10.00. So for a more worthwhile return on a bet, many Kiwi punters will most likely be looking at the Sydney Cup instead.