Todd Kelly Hangs Up The Helmet For Good 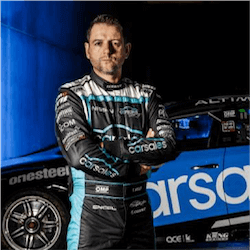 Todd Kelly has officially announced his retirement from Supercar racing. The 38-year old leaves the sport with an impressive CV spanning two decades, highlighted by a victory in the Bathurst 1000 back in 2005 for Holden Racing. Speaking to the press, Kelly said that he had a solid career doing what he loved. Even if he got the chance to change a few things, there isn’t one thing he regrets.

His passion for driving kept him going for 20 years and while he still enjoys flying around corners at 240km/h, he has had knee surgery twice this year, which is still an issue for him. Having gone two decades without perfect left-foot breaking, the SMP left him wondering about his future.

Like all good drivers, Kelly’s passion for racing started with go-karts before moving on to Formula Ford at the age of 16. Along with Marcos Ambrose, Garth Tander and Jason Gargwanna, Kelly carved out a name for himself and a future in Supercars. Kelly and Bargwanna were the first among the young group of drivers to be selected for the Holden Young Lions program. By 1998, he made his debut appearance in the Bathurst 1000 with John Faulkner. In 1999, he made his full time Championship debut with HYL.

Kelly’s first taste of victory came on the streets of Canberra in the year 2000. A later, Kelly graduated to the HRT before joining the Skaife at the Holden Racing team in 2003. This is where Kelly found his niche, racking up 14 wins with the Generals’ lead squad including his birthday Bathurst win and the team’s 50th win in Shanghai. In 2008, Kelly moved to Perkins Engineering where he picked up the team’s final race win at Simmons Plains. His most recent podium finishes came in 2011 along with his brother at Hamilton and Sandown.

The team’s switch to Nissan in 2013 saw Kelly’s elder brother drop in form, but recent seasons have shown bouts of potential against the traditional heavyweights. Kelly remains co-owner and will no doubt be involved with the team going forward. According to Kelly, going to an event and not getting into the driver’s seat will take some getting used to. For now, he will use his keen eye for detail to focus on engineering and car prep. As yet, Nissan Motorsport has not announced who will be taking Kelly’s seat in 2018.