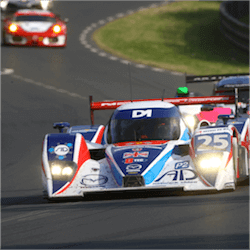 The practice and qualifying round for the 24 Hours of Le Mans kicks off on Wednesday. The official pre-race testing round was completed and from all indications, it seems that Toyota will be having a clear edge in this year’s race.

The Pre-race testing took place the first weekend of June and Toyota blocked out the first three time slots on the full Le Mans circuit, well ahead of their closest rivals, Porsche.

Technical director for Toyota Motorsport, Pascal Vasselon stated that they do not think that it is possible to say they are not the current favourite.

Growth By Leaps And Bounds

They compared this year’s performance with where the team was last year when they only started performing on race day. Toyota will again be racing in the car they introduce last year, the TS050 which is a Twin Turbo hybrid vehicle.

However, they have made 12 months of improvements on the vehicle which has really ironed out its kinks. Porsche on the other hand is racing their 919, a second generation vehicle that has essentially reached a plateau with regards to squeezing extra performance from the vehicle.

This was made painfully evident when the TS050 finished an incredible 3 seconds ahead of two Porsche 919’s. Toyota driver, Kamui Kobayashi finished first of the 3 TS050s that will be taking part in the official race with a time of 3m18s.

Most damning of all was team principal for Porsche, Andreas Seidl who said that it would be impossible for them to match Toyota’s pace.

Meanwhile in the LMP2 division, Oreca are dominating in a similar fashion. Their 07-Gibsons took the top ten spots this weekend during the test races. Only the United Autosports Ligier JS P217 came close to the Oreca performance but they were 4 seconds short of the Signatech Alpine who was the pace setter for the test runs.

Competitors have shown concern for the 15 car Oreca team who is dominating the LMP2 field at the moment. United Autosports have been testing a new Aero low down-force kit that they are hoping will give them a boost, if not an edge in the coming race. The kit is yet to be approved by FIA but if this weekend’s test run is anything to go by, they will be needing every single advantage they can get.