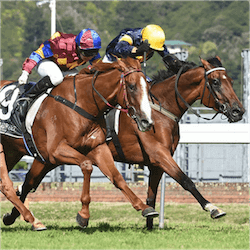 Punters are gearing up for Wallaceville Estate Wellington Cup Day on January 21. All eyes will be on the feature race. The 3,200m Wellington Cup is offering a purse newly boosted to $250,000 and remains the social event of the racing season. The final field for the 2017 Wellington Cup is not available yet, but only three horses are currently being offered at prices below double figures by the bookmakers.

However, our money’s on a fourth gelding: 5-year-old Jacksstar, currently being offered at $10.00 / $3.25. Last time he ran 3,200m at Trentham, in the Fasttrack Insurance Chalmers Handicap on December 03, he came from behind to win over the last 1,000m. He took another victory in his last start, the 2,300m Hotel Coachman Manawatu Cup on December 18.

Still a Sizzler Despite Downgrade

With an annual best-dressed competition and the racing set turning out in their best bibs and tuckers, it doesn’t look like the Cup downgrade to Group III status is going to affect the fun on Wallaceville Estate Wellington Cup Day. It’s still the premier social event of the Wellington racing season, at which even the most occasional punters are tempted to have a flutter.

The estate is helping to transform the Upper Hutt suburbs of Wellington, while maintaining green belts within the city. So more than just offering a great family day out at the races, Wallaceville Estate Wellington Cup Day is also a showcase for the commuter possibilities of the Upper Hutt area.