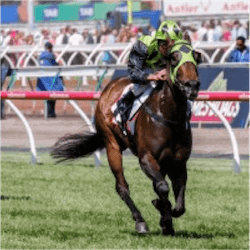 New Zealand racing fans who wager on Australian events online will want a punt on the William Reid Stakes, the 1200m Group 1 weight-for-age sprint for 3-year-olds and older to be run at Melbourne’s Moonee Valley track on March 22. As the last event under lights in Melbourne’s autumn night racing carnival, with a field restricted to 14 or fewer, it’s always an exciting affair.

There are still three weeks of Australian racing before then, however, and two races coming up, apart from offering betting action of their own, can also serve as useful prep races in which to study the form of horses fancied for the William Reid Stakes.

Since winning the 1200m Victory Stakes at Brisbane’s Doomben course in March last year, 5-year-old gelding Fell Swoop has achieved only a second place and two thirds in five starts. However, his second place was also over 1200m at Moonee Valley, in the Group 1 Manikato Stakes in October.

He hasn’t been confirmed for the William Reid yet, but punters can see how he’s running at Caulfield this Saturday in Melbourne’s Group 1 Oakleigh Plate over 1100m. He may also run in the 1200m Newmarket Handicap at Flemington on March 11.

Flamberge, the 7-year-old gelding that won both the William Reid Stakes and the Oakleigh Plate last year, could also be back at Moonee Valley on March 22. He seems to be getting out of the slump that started with his last-place finish in the 2016 TJ Smith Stakes, running fourth at Flemington in both the Kensington Stakes and Black Caviar Lightning earlier this year.

Betting fans should see how he does in the Oakleigh Plate and Newmarket Handicap before considering a bet, if he makes the final William Reid field.

Trainer Mick Price hasn’t decided yet whether 3-year-old colt Extreme Choice will be entered in the William Reid, or Sydney’s TJ Smith Stakes at Randwick on April 02. Either way, punters will want to see how he does in his next two races. He is also set to run in both the Oakleigh Plate and the Newmarket Handicap.