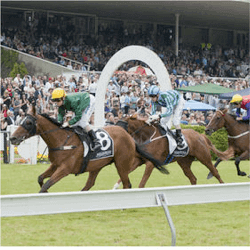 Wellington Cup Day, the middle Saturday of the Carnival, is perhaps the highlight of the racing social calendar; a day of fashion, food, entertainment and racing for socialites, casual racing fans having a flutter, and serious punters alike. Back to its original two-mile distance at 3,200m, the feature race vies with the Auckland Cup and Christchurch’s New Zealand Cup to provide the most gruelling test of staying power in New Zealand racing.

WRC is confident that despite the downgrade of the jewel in its crown, this year’s Wellington Cup Carnival will be another bumper event. WRC has put its money where its mouth is, too: the prize purse in the 2017 Wellington Cup has been increased by $50,000, to $250,000 in total. Sponsored by Wallaceville Estate, this year Wellington Cup Day will include the annual fashion competition for best-dressed, loads of hospitality options, and general admission at $30, or even less if pre-booked online.

Taking a Look at Betting Options

The other feature race on the day’s card is the Group I JR&N Berkett Telegraph, at 1,200m. It also has a purse of $250,000, making it New Zealand’s richest sprint, so it should see quite a bit of betting action. The real draw-card for punters, though, is the feature race.

It’s still too early to have a final field for the 2017 Wellington Cup yet, but five-year-old gelding Bloodstream is currently the favourite, at $6.00 for a win and $2.25 for a place. He has finished first in five of the six starts he’s had since September, but had to be content with a strong third in the Craigmore Timaru Cup on December 28, finishing less than a length behind winner Tommy Tucker.

But don’t rule out four-year-old gelding Five to Midnight, four-year-old mare Fanatic, or five-year-old Jacksstar, another gelding. All have proven strong in staying races, and they are currently priced to win at $8.00, $9.00 and $10.00, respectively.