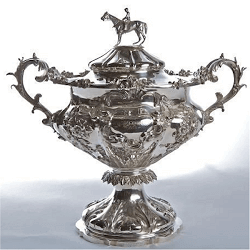 New Zealand racing fans always get a treat to kick off a new year, when Wellington Racing Club holds the Wellington Cup Carnival at Trentham Racecourse over three consecutive Saturdays in January. Although the middle Saturday, Wellington Cup Day, this year falling on January 21, is the most popular event on New Zealand’s racing calendar for punters and socialites alike, all three Saturdays are a great day out at the races for the whole family.

The opening meeting of the 2017 Wellington Cup Carnival, the Classic Day on January 14, is the WRC’s Super Saturday, and it really is a family-friendly day: anyone 17 and under gets in free, if accompanied by an adult, and general admission is only $10. There are plenty of hospitality options to entertain those who aren’t betting, and nine races on the card for those who are.

Traditionally, Wellington Cup Super Saturday sees some of New Zealand’s finest racing annually, so punters will have plenty of opportunities to bet on high-quality horseflesh. Three of the races featured on the card are Black Type events, in graded groups that only include the finest thoroughbreds with the best performance records, so it’ll take an experienced eye on the form to pick out the winners at the best odds.

These three feature races are the $225,000 Group 1 Randwick Meats Levin Classic, featuring top three-year-olds over 1,600m, and two Group 3 races with identical purses of $70,000: the Mills Reef Winery Trentham Stakes, and the 1,600m Tui – Backing a Winner since 1889 Anniversary Handicap. The Trentham Stakes is the longer of the two races, at 2,100m, and is often a good indicator of horses to watch out for in the even longer Wellington Cup a week later.

With the gates opening at 11.30am, hospitality options available from noon and the first race scheduled for 12.51pm, Wellington Cup Super Saturday promises a full afternoon of racing fun.