Wet Track A Problem For Runners at All Aged Stakes 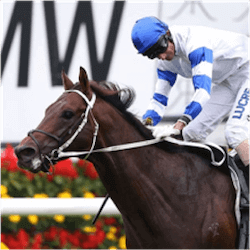 Weather Will Influence 2017 All Age Stakes

The 2017 Sydney Group 1 All Age Stakes is scheduled to take place this Saturday the 15th of April. Forming an integral part of the Sydney Autumn Racing Carnival, the All Age Stakes is a Group 1 weight-for-age race held at the Royal Randwick Racecourse over a distance of 1400 meters. While the $600,000 race will certainly draw a big crowd, two of the leading runners may not even make an appearance.

It seems Sydney’s weather will be the deciding factor on whether favourites Black Heart Bart and Redkirk Warrior will be running on Saturday. According to trainer David Hayes, Redkirk Warrior couldn’t go a single yard on a Heavy eight track. This was after he finished in 11th place at the Doncaster Mile. Hayes said that the horse is still in Sydney while they monitor the weather. He would like to run him, but he needs a better track.

If Redkirk Warrior doesn’t run on Saturday, Hayes would aim for the Goodwood on the 20th of May. last year. With weather conditions deteriorating, trainer Darren Weir has confirmed that he will not be taking race favourite Black Heart Bart through to the All Aged Stakes. This now puts Le Romain in as Race favourite at odds of $4.00.

According to Craig Williams who rode Big Duke in Saturday’s abandoned Sydney Cup, the ground at Randwick was testing. For Black Heart Bart to race, the track would need to improve a lot which is simply has not done. Meanwhile Big Duke will return to the Warnambool stables but would happily return to Sydney if the Cup was rescheduled for Anzac Day.

The All Ages Stakes race will feature an impressive collection of the season’s best performers. In recent years though, the race has failed to attract a capacity line-up of weight-for-age performers. The largest field seen since 1983 was in 1999 and 2009 when 14 starters took to the stalls. From 2005 through to 2016, under 10 horses started for 9 of the 12 editions. Horses come into the Stakes via a number of lead up races including the Group 1Doncaster Mile, the Group 1 TJ Smiths Stakes and the Group 1 Futurity Stakes.