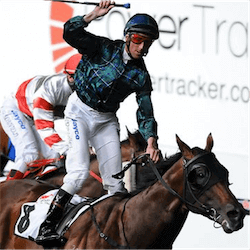 New Zealand betting enthusiasts keen to punt on Melbourne night racing before Australia’s autumn calendar shifts to Sydney won’t want to miss Moonee Valley’s March 22 meeting under lights. The feature race is the 1200m Group 1 William Reid Stakes for 3-year-olds and older, run since 1925 and now carrying a purse of A$500,000.

Moonee Valley is a track that tests even the best sprinters with its tight turns, and with a maximum of 14 runners accepted in the William Reid Stakes draw, it is a race that does allow outsiders to surprise. Turffontein, the 2010 winner, and Foxwedge in 2012 were both priced at A$11.00.

Extreme Choice Worth Watching in Weeks Ahead

The final field announcement for the William Reid Stakes is still weeks away, but New Zealand punters are already looking at some possible contenders to back. The 2016 winner, 7-year-old gelding Flamberge, has had a disastrous season since going off the boil last April, so even if he makes the cut, he won’t be among the favourites.

Last year’s Blue Diamond Stakes winner, 3-year-old colt Extreme Choice, will see much heavier betting if he is included in the William Reid field. He has four wins from six starts, all of them sprints, so the 1100m Oakleigh Plate at Caulfield on February 25 will be a good test of his form.

Keep an Eye on Fell Swoop

Flamberge also won the Oakleigh Plate last year, but only by a nose from 5-year-old gelding Fell Swoop. At the time of writing, it hadn’t been established whether Fell Swoop would be running in the 1000m Lightning Stakes at Flemington this Saturday, or the Oakleigh Plate instead.

Whichever trainer Matt Dale decides on, punters should keep Fell Swoop in mind for the William Reid Stakes. Depending on his next finish, he could be among the nominations too.