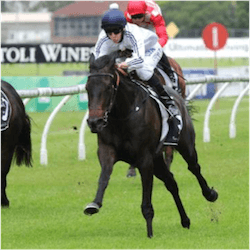 Yankee Rose, the Group One racing star impressed this week, becoming one of six trail winners at the Sunshine Coast for trainer David Vandyke. Now Vandyke hopes to continue his success this Saturday at a race meeting.

Since moving to Queensland 14 months ago, the Sydney-based trainer has enjoyed huge success, finishing in the top 10 trainers in the state and metropolitan titles. Starting this Saturday, Vandyke aims to increase his presence on the track this season. First up, he plans on brining Alpha Beat and Skillful to the Doomben.

In the upcoming weeks, Vandyke will be taking more of his trial winners to the racetrack, with Yankee Rose leading the charge. Speaking to the press, Vandyke said that it felt good to have runners at the trials and win them all. It would be better if he could repeat it on race day, something he hopes will happen this coming Saturday.

While Yankee Rose only just won her trial, according to Vandyke, she knows the difference between a trial and a race. The main thing for him was the fact that she was happy throughout the trial and finished strongly. Yankee will be heading off to Cranbourne on the 21st of August for more trials before kicking of her spring campaign.

Three Races on the Cards for Yankee Rose

The man taking up the reins this spring will be Dean Yendall. Vandyke confirmed that Yendall has been out due to an injury but will be back in the saddle soon. Speaking about the upcoming season, Vandyke said that he doesn’t think he has enough horses to challenge for a top three placing on the Metropolitan table but he would definitely be aiming for a top six finish. He did say, he is keen to train another group 1 winner.

Alpha Beat won the Adelaide Guineas under the training of Anthony Cummings, then went on to win in three states. According to Vandyke, he is not really suited for a hard track. The upcoming race will probably be a tester for him. Meanwhile Skillfull was a strong winner in Queensland and Vandyke is keen to see what he can do.