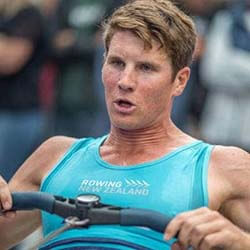 Yet another champion rower has withdrawn from possible selection ahead of the upcoming Tokyo Olympics.

Former world champion John Storey’s reason for the sudden withdrawal is however of a personal nature. Storey has opted to withdraw from trial s to compete as part of the elite New Zealand men’s team in order to spend time with and focus on his family. The star rower’s daughter, Ava, was earlier this year diagnosed with a rare chromosomal disorder.

Storey’s last significant win was in the men’s double sculls at the 2017 world championships when he and fellow doubles rower Chris Harris won gold for New Zealand in Florida. They did so despite numerous injury-related challenges. The pair also went on to bring back the bronze medal from the following year’s world championships, that year hosted by Bulgaria.

Speaking on the challenge that now lies ahead of his family, Storey said that the plan had always been to gun for selection for Tokyo and retire shortly after. He is currently at the very peak of his performance and career, he explained, and despite the decision to retire early, remains filled with gratitude for having had the wonderful opportunity of representing New Zealand for the past 10 years. He thanked his teammates, NZ staff, and coaches for their support – support and relationships he said made his career immensely enjoyable.

Storey is a mechanical engineer by trade and now plans on completing his doctorate with Auckland University and Fisher & Paykel Healthcare. The star rower said he hoped to achieve this over the next few months.