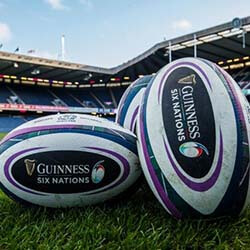 If South Africa were to join the Six Nations, such a move could potentially spark a bidding war to host the British & Irish Lions tour in 2033. The list of possible candidates to play host include the US, Argentina, and Japan.

The Lions are scheduled to travel to Australia in 2025, but no further agreements have been signed for future events after their tour deal came top an end following their New Zealand drawn series in 2017.

For now, the All Blacks still seem likely to host the Lions in 2029. However, with the Springboks looking likely to join the Six Nations after 2025, the tour destination in 2033 is looking a lot less certain.

According to Lions’ managing director Ben Calveley, all future deals will be handled on a tour-by-tour basis. He said since no long-term commitment had been made to any particular country, any future deal will depend on whatever conditions happen to apply on the end of the Lions.

Calveley also said the Lions weren’t interested in deviating from the current model of rotating the tour between South Africa, New Zealand, and Australia. Even so, he said the prospect of South Africa joining the Six Nations now makes of the country a “less attractive” option.

For the US, who are the current frontrunners to host the 2031 World Cup, hosting the Lions tour would be a big step in their progression in world rugby.

The Lions have never before made used of a bidding process, but now appear more open to the idea.