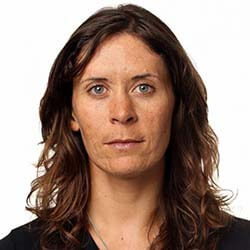 Former Olympic sailor Jo Aleh, now sailing coach, says she can relate to lightweight rower Zoe McBride’s decision to retire early over fears for her own mental and physical well-being.

Aleh, an Olympic gold medallist, says she too had experienced the same challenges with the pressures of losing weight and having insufficient energy to meet the physical challenges of high performance sport. During the four years between winning gold at the 2012 London Olympics and silver at the 2016 Rio Games, the champion sailor constantly suffered from stomach pains and discomfort, sinus infections, and once, even a stress fracture sustained in her ankle.

Various invasive surgeries and tests failed to discover that Aleh simply wasn’t eating enough to sustain the high energy levels required to perform as a pro-athlete. This, says Aleh, she only about a year ago discovered to have been the cause of the majority of her problems. What Aleh had actually been suffering from was severe malnutrition.

The 34-year-old Kiwi five years ago gave up competing professionally, and says she’s stronger now than what she had been during her final Olympic run as a competitor. And it’s all because she’s actually eating well.

Significant also is that Aleh says there had been no valid reason for her to have been so light, but that she had in her own mind convinced herself that this was necessary in order to compete at optimal capacity. She also points out that no one had ever questioned her about her poor eating habits.