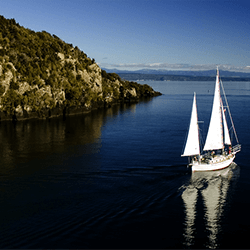 New Zealand has managed to flatten the curve of the coronavirus COVID-19 outbreak after just two weeks of lockdown, and the nation is getting excited about squashing the epidemic in its entirety. In the wake of this news, Yachting New Zealand’s Chief Executive Officer David Abercrombie has provided an update.

He said that, along with the rest of us, he’s very encouraged by the progress we’re making in tackling the novel coronavirus, but was quick to add that our attempts to contain it should by no means lessen. He stated that once we’ve gained control again, we can start thinking about returning to something like normal, but for now the task remains to stick to the rules, no exceptions.

Abercrombie continued, acknowledging that many people will be wondering when they’ll be able to get back into the water and when Clubs can resume operations, even if it’s in a reduced capacity. He let it be known that it’s an issue he’s dealing with, working alongside the government, the Ministry of Health, and Sports New Zealand and that he hopes to have clarity around this issue by the 18th of April.

He mentioned the Four-Stage Alert Level System and said that this is what will be driving indicators as to what needs to be happening before yachters can get back in the water. He explained that he fully expects these guidelines to start altering once the country emerges from lockdown but, for now, thinks that activities can begin again when it’s okay for schools to start up once more.