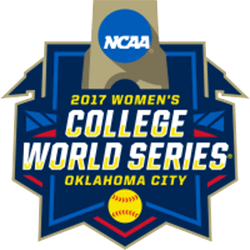 The Oregon Ducks loss against Kentucky at the NCAA Super Regional series openers has been called a constructive loss by some commentators.

The Ducks were the top-seeded team to play the in the series, but lost Game 1 to the Number 16 seeded Wildcats. Despite this, their next two rebound games saw them secure a position to Oklahoma City for the next part of the Women’s College World Series.

Coach for the Ducks, Mike White, told reporters that he felt the loss was a ‘gut check.’ The loss did, however, make the ducks get noticed.

White continued by saying that the other teams in the past had remained steadfast and endured through a number of losses, and even while facing elimination.

He said that it happens to many teams, and that the only thing left to do is persevere in those kind of moments, and come back believing in what the team is doing. He went on to say that he believes the finality of the events so far is that the team managed to step up after their loss and fight harder in future games.

The Ducks are set to head to the WCWS for the fourth time in the last few years. They will be opening the eight-team rounds against their first opponents, the eighth-seeded Arizona State, who recently defeated South Carolina.. Alongside them, the Sun Devils will be returning to Oklahoma for the first time since 2013.