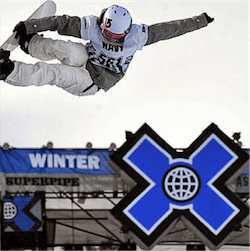 On the 25th of January, the world’s premier action sports competition will kick off at Aspen Snowmass in Colorado. The 2018 Aspen X Games marks the 17th running of the prestigious action event and will be filled with high action sports, impressive stunts, music as well as an interactive winter village experience for those lucky enough to attend. The four-day event will see the world’s top Snowmobile, Ski, Snowboard, and Snow Bike athletes compete in 17 various disciplines that will be televised and streamed around the globe.

For sports enthusiasts and punters, the X Games provides the ideal opportunity to get in on some serious sports betting action. Each year, the number of disciplines increases with new and exciting events getting added to the roster. Debuting in 2017, the Snow BikeCross event proved to be an absolute winner with the athletes and the spectators. This year, the Snow Bike will get even more action with the addition of Snow Bike best Trick.

The Introduction of the Harley-Davidson Snow Hill Climb

Another exciting event to debut in 2018 is the Harley-Davidson snow hill climb. This is not just a matter of taking a standard Harley and racing it over a length of flat snow. For starters, the race bikes are purpose built Harley-Davidson motorcycles with an extended swing arm and a modified twin-cylinder engine. In this event, riders will line up side-by-side and race up the flat bottom section of the X Games SuperPipe course. The first rider clearing the line at the top of the course will take the win. The event will see athletes compete in preliminary rounds, qualifiers and then the finals with bronze, silver and gold medals award for the top 3 places.

For those who are thinking about betting online, the X Games is broken up into four main Disciplines including Ski, Snowboard, Snowmobile and Snow Bike. Each discipline requires a unique talent and years of dedication to the sport. Each event has a men’s and women’s completion that is run separately. The Ski discipline features the following events: