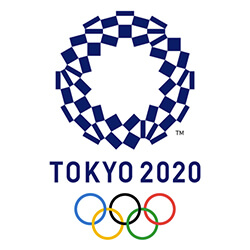 The schedule for the 2020 Tokyo Olympics that are set for the beginning of August have officially been released worldwide, and it’s also been revealed that many sportspeople from New Zealand will be seeking at least four holds for the same day. Tom Walsh, Eliza McCartney, Lisa Carrington, and Campbell Stewart may all be looking to take the top spot on the podium in their respective divisions during the course of a single day.

The shot put final for the men’s is set to take place in the Olympic Stadium early into the day, and it’s expected that Tom Walsh will be featuring as he hopes to claim gold. Walsh won bronze during the 2016 Rio Olympic games and is currently the world champion, as well as the world indoor champion, and last year he reportedly through his own personal best to move up among the top 10 best in history.

Later in the evening, Eliza McCartney will be participating in the women’s pole vault final. McCartney, who is also a bronze medallist from Rio, is hoping to be in top from as she returns to the professional scene after suffering from a number of injuries. For the Sea Forest Waterway, Lisa Carrington is looking to gain her own goal for the women’s semi finals and finals K1500m canoe sprint. That night, Campbell Steward will be attempting to peddle his way to the top of the podium, which would mean more gold after this year’s world championships in Poland.