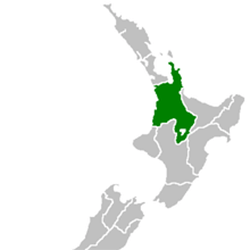 Football, Netball, and other sports codes are going to be returning to the Waikato region. This means that hundreds of players are going to be able to get back to training as they prepare for the return of the different leagues. Football and Netball are two of the major codes whose seasons were either put on hold in the opening round or just before they could begin.

Unfortunately, this good news comes too late for one of New Zealand’s most promising young Football players. Mark Stamenic has been forced to put his dreams of playing in Europe on hold due to the novel coronavirus COVID-19 pandemic.

The Under-17 International Midfielder made the flight over to Denmark for a trial supposed to extend over three weeks with FC Copenhagen, the Danish Superliga powerhouse, in March. But the test had to be abandoned two weeks in when Kiwis were ordered home before the country went into lockdown.

Although the 13-time Champions of Denmark are eager to have Stamenic return, the former student of St Patrick’s College in Silverstream says it’s still unclear when he would be able to fly because of the current restrictions on travel. These are still in place worldwide, for the most part.

A 10-week Premiership ANZ season will resume on June 19th, to be played at a single location, the Auckland Netball Centre. This is to meet guidelines set down by the New Zealand Ministry of Health that calls for the provision of a consistent, controlled venue.