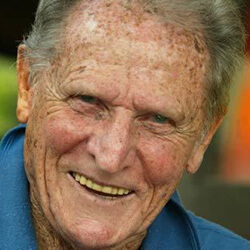 Arthur Lydiard has been posthumously awarded a World Athletics Heritage Plague in the legend category. President Sebastian Coe of the International Association of Athletics Federation confirmed the award in Doha overnight, which was then welcomed by Athletics New Zealand chief executive Peter Pfitzinger ahead of the beginning of the 2019 IAAF world championships.

Talking about the award, Pfitzinger stated that it’s an honour and a privilege for Athletics New Zealand to be receiving this World Athletics Heritage Plague on behalf of Arthur’s family, along with his champion athletes and the many other people he had trained during his 50 years as a coach. He added that Arthur was an innovative and highly successful coach, and shared his coaching wisdom with runners from across the world.

Lydiard’s system of training produced record-breaking athletes, which included a group of elite New Zealand runners known as Arthur’s Boys, who won a number of Olympic medal and set various world records between them. The group included international sporting legends Sir Murray Halbery, Sir Peter Snell, and Barry Magee, along with John Davies, all of which were highly successful athletes. Some of the other runners Lydiard trained included Jeff Julian, Ray Puckett, and Bill Baillee. Since retiring from running in 1965, Magee carved out a reputation as one of the most influential distance running coaches in New Zealand, where he utilised Lydiard’s high mileage training model as a template of his own philosophy, training world-class athletes.