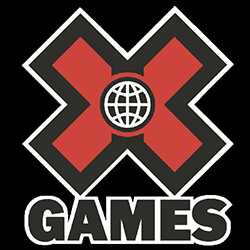 This year’s Summer X Games, which are taking place at the US Bank Stadium, has already seen four athletes walk away with their first career gold medals.

Liam Pace, Alex Hiam, and Giovannai Vianna won gold of the first time in their respective careers, with Chad Kerley earning his first gold since 2013. The finals took place after athletes completed that three qualifying events.

The first was Women’s skateboard, which started with Mariah Dunn taking the top score in a second run of 89.66. Alexis Sabline and Julie Brueckler also saw success after final scores of 81.33 and 79.00 respectively.

For the BMX dirt qualifier, Brian Fox grabbed the top spot with a score of 92.66, where claimed first place. Next was Mike Varga with 87.66 and Pat Casey 87.00. Last year’s X Games saw the gold going to Colton Walker of New Richmond, who was qualified automatically for the finals due to his performance from the year before.

Liam Pace won the Next X Skateboard Street with a score of 87.00, which was followed closely by Giovanni Vianna, 17, who earned 90.33 and earned gold.

Chad Kerley saw gold later on in the same day while, taking the throne away from two-time defending gold medallist Garrett Reynolds. Reynolds lead the pack through the first few runs, but a mishap caused him to lose points and ultimately be defeated by Kerley.

Lastly was Alex Hiam with points amassing 90.66, which he gained after landing a tailwhip into tailwhip toe jam.