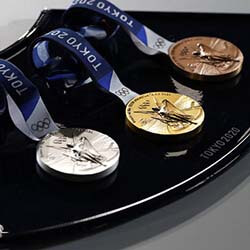 New Zealand is justifiably proud of its athletes’ performance at the Tokyo 2020 Olympic Games. Departing Japan with a total of 20 medals, seven Bronze, six Silver, and seven Gold, and a new champion. Flatwater Canoeist Lisa Carrington MNZM is officially the country’s most decorated Olympian, at just 32-years old.

The 2016 Rio de Janeiro Games tally of 18 was surpassed this year, with athletes taking medals home across 11 sports and more than half of these being won by female contenders. New Zealand placed at 13th overall rank on the medal table, coming in just after Brazil.

Kiwis’ strength is in Water Sports, with Rowing established as the Olympic sport we’re best at. After that it’s Athletics, then Sailing, and Canoeing.

Minister of Sport and Recreation Grant Robertson spoke of his great pride in NZ athletes recently. He commended them for rising so gloriously above the devastating effects of the Coronavirus COVID-19 restrictions on training and competition cycles.

Competing without the support of friends and families on the sidelines made an already enormous challenge that much more difficult, said Robertson. But he praised ground staff for filling this space as best they could.

Rob Waddell, Chef de Mission for the Kiwi team, added his praise for the medallists to Robertson’s. He also made mention of all the athletes who took part in this year’s Games and managed to set a new personal best. Waddell said that he was delighted by every member of the team.