Hale is a Young New Zealander of the Year Finalist 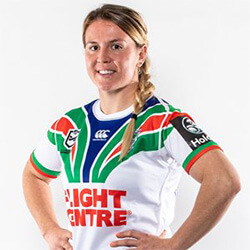 Star of the National Rugby League Georgia Hale has been named as one of the finalists for Young New Zealander of the year! The five-eighth, halfback, and hooker for the Kiwi Ferns is not just a champion athlete in four different sports, however. She has also been the catalyst for several community initiatives aimed at helping children, people living in rural communities, and those who are differently-abled.

The 24-year old has known about it for some time, although the announcement was only recently made public. She said she’s overwhelmed by the honour and is still trying to process the good news.

Hale has represented her country at Nines, Rugby League, Tag-Football, and Touch, and was also a gifted Netball player in her teenage years. But she has been driven largely by community work, turning down not one but two scholarships after she finished high school to work at a centre for learning support instead. She has no regrets about her decision, calling her work so rewarding that the choice was an easy one to make.

Hale will soon be starting her fourth season as the Coordinator for the Warriors community and has stated that the goal is to make it a game that everyone can play. At this point, between 25 000 and 30 000 engage with the Warriors’ Community Programmes annually, and Hale has also played a prominent role in creating a project aimed at assisting those with different needs when it comes to learning.