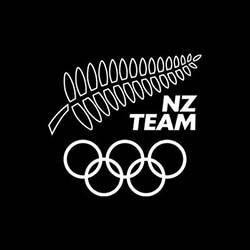 Decorated Kiwi sportswoman and former champion New Zealand Olympic board sailor Barbara Kendall has added her voice in support of the joint decision taken by the Japanese government and the International Olympic Committee (IOC) to push ahead with this year’s Games in Tokyo. The event has been an on-again, off-again topic of debate after Tokyo was declared an infectious disease hotspot.

Japan continues to battle a daily rise in infections, which recently led to the biggest part of the country being declared a state of emergency after a third wave of infections hit. Worrying too was the fact that it had ultimately become clear that more than 80 per cent of Japan’s residents did not want the Games to be held in Tokyo in 2021.

Kendall is however convinced that rumours regarding a possible cancellation of the event had been nothing more than the typical drama surrounding the annual Games. Kendall during a recent appearance on a popular New Zealand sports insert explained that even though this year’s Games will definitely look a lot different to previous years because of unique and unusual circumstances, the organisers of the event have put into place every conceivable system and safeguard in order to protect everybody involved.

Kendall also said that although nobody could deny the risks involved in hosting the Games this year, Tokyo 2021 is critical for the survival of sport worldwide. She also added that if she were to put herself in the position of an Olympic athlete, she would understandably want to compete.