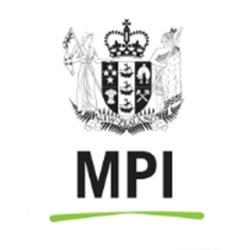 Two separate investigations have apparently now been launched into the drugging of horses and greyhounds by the Ministry for Primary Industries (MPI).

An MPI spokesperson on Friday confirmed that said investigations were underway, and that both involved high-profile inquisitions into the drugging of animals in sport.

The first relates to disgraced harness racing trainer Jesse Alford, who was recently banned for a period of seven years following evidence of his involvement in an under-cover sting operation that saw two horses doped with a forbidden substance on race day.

The second relates to Foxton greyhound trainer Angela Turnwald’s fine and disqualification for a period of four months. Turnwald’s dog Zipping Sarah tested positive for methamphetamine after a contest in Christchurch on November 12 last year. The Foxton trainer became the third culprit in a dog doping case across the span of only six months.

Concerning for many is that Álford’s charges only came after animal rights advocacy group SAFE called on the closer involvement of the MPI, and also on the pushing of criminal charges under the provisions of the Animal Welfare Act.

A spokesperson for SAFE has in the meantime lashed out at the apparent despondency of the MPI, saying that the organisation should not be leaving the racing industry to its own devices in terms of self-policing. SAFE said the mistreatment of animals is a serious and cruel act of misconduct, and that the MPI should be acting a great deal more pro-actively in the pursuing of criminal charges.