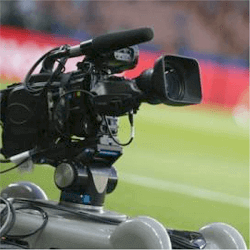 A proposed new law is being put forward that will greatly benefit the sporting community. The new law aims to provide free-to-air coverage of all Rugby and Netball matches that are of national significance to New Zealand. Essentially what this means is that almost every All Blacks rugby game will be screened to the nation on free-to-air television.

According the new Broadcasting Amendment Bill, New Zealanders will be able to watch all netball, rugby, league and Olympic games that involve New Zealand teams for free. The members’ bill was first lodged by MP Clayton Mitchell back in 2014 and was drawn from the ballot in Parliament on Thursday the 8th of December 2016. Speaking to the press, Mitchell said that what it comes down to is giving Kiwis access to watch our local sports heroes in action.

Under the proposed amendment bill, all domestic matches in tournaments such as Super Rugby could also be included in the free-to-air category. Mitchell explained that New Zealand tax payers have paid towards the development of these sports but then have to pay again in order to watch the games live. To him, this doesn’t make sense. New Zealand is clearly country with sport ingrained into the culture. What the bill is trying to do is extend the ability to enjoy sport to everyone in the country.

Mitchell explained that the sports chosen were just the beginning and that a suggestion was made for a state-run sports channel where all local games can be viewed. The bill has had some stiff opposition from SKY TV which was to be expected. Mitchell hopes the government will support the bill, explaining that they are in for a good discussion.

The proposed bill will have its first official reading early in 2017. If approved, the broadcasting bill would ensure that all games of national significance will be free to air including some of the following categories: