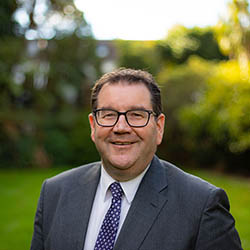 The New Zealand Sports and Recreation Minister, Grant Robertson, has announced that the country’s professional sporting industry could soon be allowed to resume. Though, he was quick to stress, the decision was based squarely around the current alert level. As it stands Level 3 measures are applicable, but upon the country being dropped to Level 2, sporting events would again be allowed to take place.

Robertson elaborated that under Alert 2 most sports and recreational activities would again be given the green light. This included professional events such as rugby. Though Robertson was quick to add; the biggest concern was not getting player back on the field, but ensuring that health risks were properly being taken into consideration.

New Zealand Rugby (NZR) was quick to announce that it was thrilled with the prospect of returning players to the field, and revealed that it already had plans for 10 domestic games in the pipelines. These games would involve 5 Super Rugby teams, a spokesperson announced.

Chief executive for NZR, Mark Robinson, elaborated. He explained that plans were for the 5 teams to engage in both home and away matched over the course of 10 weeks, with 2 matches scheduled for every weekend. Robinson added that the games have the full backing of the SANZAAR, the Super Rugby governing body. This body includes union representatives from Argentina, South Africa, and Australia.

However, it was concluded that the scheduled hosting of tests against Wales and Scotland, due for July, had not yet been decided on.