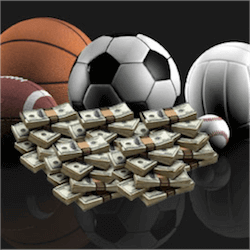 It is every punter’s dream to take a few hundred dollars and turn it into life-changing money. For one lucky punter that is exactly what happened after the Roosters qualified for the NRL finals this week. After placing a nine-leg multi bet with an online betting site back in February before the winter codes came into effect, all that was needed was for the Roosters, who finished 15th last season to make it into the top 8 despite their poor performance in 2016.

While it may have been a long shot, it was bound to happen that all the parts of the puzzle would fall into place and the Roosters would regain the spark they have so often shown in the past. As we all know, the Chooks have done more than enough to qualify for the playoffs in second spot with the regular season wrapping up this weekend.

Having guaranteed themselves a spot in the finals, the $572 multi-bet came to fruition, paying out a handsome $100,155.10 and making one punter very happy indeed. If we take a look at the bet more closely, we can see that a lot of thought went into each category. Of the nine legs in the multi, seven of them were odds on favourites. This included favourite She Will Reign to win the Golden Slipper at $2.70 and Rafael Nadal to win the French Open at odds of $3.60.

The bet also included a number European football bets as well as three NBA legs. Clearly this was someone who knew their sport and had a keen sense for how things would play out. If you want to know exactly how the punter turned $572 into an eye watering $100,155.10, here is the rundown of the nine-leg multi: