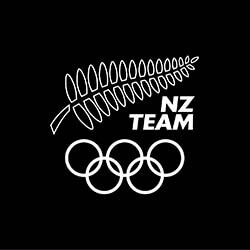 NZ Olympic team chef de mission Rob Waddell says he and the team are waiting on Government’s approval of the 500-600 vaccinations required for competing in the upcoming delayed Tokyo Olympic Games. Without vaccines, the team will not be permitted to travel to Japan ahead of July 23.

According to Waddell, even though the vaccine consultation process with government remains ongoing, the team are forging full steam ahead because of the Games being now fewer than 130 days away. The New Zealand chef de mission revealed that even though exemptions were being made for athletes and support staff representing the country at the Tokyo Olympics, the standard remains competing at a “very high bar”.

Waddell did however admit that the size of the team hoping to travel to Tokyo might emerge an issue for Cabinet. The hope is that since Government has been investing in New Zealand’s Olympic athletes, the relevant decision-making authorities will realise the importance of sending the country’s athletes to Tokyo this year.

But although the Olympic Games are scheduled to start on July 23, there remains uncertainly over the event actually going ahead as Japan continues to battle to get the spread of infections under control. Also boding no good is that Olympic organisers have been under increased pressure from the Japanese public to cancel the Games amid concerns over Tokyo’s ongoing state of emergency. The state of emergency was extended earlier this month over concerns about the strain on the city’s medical systems and personnel.