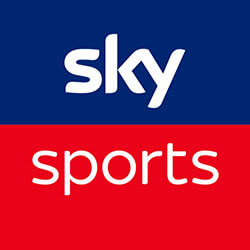 New Zealand broadcasting giants Sky and Spark seem to have gone to war. Spark Sport recently landed a six-year contract which allows them to broadcast all domestic cricket games, including Black Cap Test, from April next year. Sky fired back, however, letting it be known that it had secured an exclusive telecast deal with the International Cricket Council. This means that they’ll be hosting both the Men and the Women’s Cricket World Cup and T20 events until 2024.

The main bone of contention between Spark and Sky is the upcoming auction for the rights to broadcast televise Super Rugby and Rugby Championship games. Thanks to Rugby being the most popular sport in New Zealand by a significant margin, both broadcasters are hell-bent on winning the auction for games taking place from 2021 through to 2025.

Sky has had SANZAAR rights since all the way back in 1996, and has let it be known that they’ll be fighting to continue their coverage of these matches. The organisation obtained an exclusive five-year contract to broadcast National Rugby League matches just last year. This agreement will run until the 2022 season comes to an end, at which point the rights will once more be up for grabs. They additionally have broadcasting and digital rights to NRL games, NZ Tests, and the NRL Nines and State of Origin tournaments until 2022, which means there will be no huge changes in these areas in the long-term. But changes are afoot, and Kiwis are going to have to get used to tuning in to at least two different providers for sporting fixes going forward.