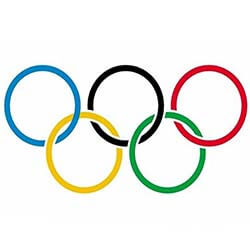 With the Olympic Games days away, the possibility of the Games being cancelled still exists. This comes after 71 confirmed cases of COVID-19 amongst some of the athletes. Officials have warned that cancelling the Games is still an option.

The opening ceremony is scheduled for Friday, but that does not mean that it is too late to cancel, says Toshiro Muto, the head of the Tokyo Olympics organising committee. He made the announcement after being warned that the bubble system in place at the athlete’s village, home to 11,000 participants from all over the world, had already pooped. Amongst those that tested positive were a Czech beach volleyball player and an American gymnast. Organisers will be keeping an eye on the infection rate and make a decision based on that.

Given the unpredictable nature of the virus, Muto has mentioned that talks will resume on the topic again soon. As the situation changes, they will continue to discuss what needs to be done. In the last 24 hours, 10 new cases were reported amongst the athletes. Looking at the bigger picture, Tokyo is behind when it comes to vaccinations and had reported 1387 new positive cases on Tuesday.

With the “bubble” popping, there are concerns that clusters of infections will begin to arise not only in the athlete village but in the interaction amongst people as a result of the Games.

President of the International Olympic Committee, Thomas Bach, has stated that cancelling the games a second time would have been the easy way out. It was never an option as they do not believe in abandoning their athletes.