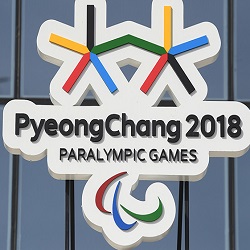 The 2018 Paralympics has proven to be a hugely successful event already, with record numbers of tickets being sold, a huge number of athletes taking part, and support from all sides flowing in. In the host country support for the athletes has been incredible, and many hope that it will highlight the Paralympic movement all across Japan.

It is not just the Japanese who are attending the games though, the support from other countries is massive and it seems that in general, more people are watching para sports. The atmosphere at the PyeongChang games has been incredible too, and many have said that these Games have attracted a more enthusiastic crowd that the able-bodied Olympics.

The Opening Ceremony also attracted a massive number of supporters, and all ticket sales have exceeded those sold for Paralympic games held in the past. Most of the events remaining have now reached an almost-sold out capacity, and there’s a 75% attendance rate across the board. Even the closing ceremony is already approaching capacity status, as those who have travelled from far and wide come to celebrate those who have taken part.

The countries taking part in the 2018 games have also expressed their happiness at just how well the games are going, and Australia has already reached it’s medal target, with Great Britain not far behind.

Leading sportsmen and women who support the movement are hoping that this growth continues, and that in 4 years time the events are even better attended, and more records are broken.