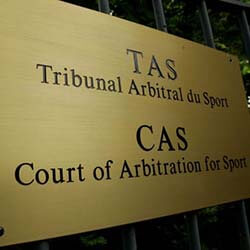 The Court of Arbitration for Sport’s decision on Friday (NZ-time) to halve what would have been a four-year ban on the repeat-offending doping Russian Federation has many prominent sports writers declaring the country’s Olympic ban to be not worth the rag it’s been printed on.

Russia in 2016 got caught red-handed running the biggest government-sponsored doping operation in the history of the modern Olympic Games. However, despite having been busted twice since then, Russia’s participation in the Olympics has never actually been shut down.

Russia in 2018 caught the attention of the International Olympic Committee when an anti-doping lab belonging to the Russian team got discovered and ousted. The punishment was however no more than Russia being ordered to keep their flag and anthem out of that year’s Winter Games in PyeongChang.  Russian athletes were however still permitted to compete.

Then, not too long after the 2018 Winter Games, yet another Russian anti-doping lab got busted – this time round for tampering with the very evidence that was supposed to prove that Russia had flipped over a new (clean) leaf. Even though the court ruled that Russia had been guilty on all counts of data-tampering, the World Anti-Doping Agency (WADA) yet again responded with something very near a mere slap on the wrist.

Even more shocking is that the original order issued by the Court of Arbitration for Sport, which ruling ordered individual Russian athletes to prove their innocence in the state-sponsored doping debacle, has been amended to the effect that WADA has now been burdened with proving their guilt.

The only victory the court seems to have achieved was to make it easy for the offenders to be spotted at next year’s Olympic Games in Tokyo. Russian athletes will next year be sporting jerseys with Neutral Athlete pasted across the front.