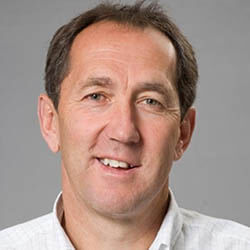 Miskimmin, who first stepped into the role of CEO of Sport New Zealand back in 2008, has explained his decision to step down in December, instead of earlier on in the Spring, as a sense of responsibility to the country and to sport during a particularly trying time for sport the entire world over.

The exiting CEO during the announcement spoke of how proud he is of all that Sport NZ has managed to achieve in the 12 years since he first sat down in the executive hot seat. Not only is New Zealand playing a leading role piloting rugby’s global response to the ongoing health crisis, said Miskimmin, but the country – with Sport NZ at the forefront of everything that has been happening in sport – is also effectively addressing the worrying decline in young-player participation numbers.

Miskimmin continued by saying that on a personal and professional level, he is absolutely indebted to the people and to the government of New Zealand. And it’s this very show of unfailing support that Miskimmin says he believes will be the driver behind New Zealand continuing to play the number one leading role in rebuilding sport and rebuilding the sector.

Sport New Zealand chair Bill Moran has in the meantime confirmed that the organisation will soon begin the search for a replacement for Miskimmin. The recruitment process will be conducted locally as well as internationally, said Moran.